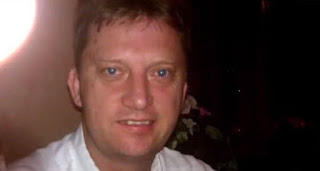 
They are far from being the only native Iranians to suffer such consequences, as Tehran has made a clear habit of taking an extremely broad view of what constitutes a foreign-based threat.
In one of the latest examples of the regime’s crackdown on Western “infiltration” of Iran’s culture, society, and economics, it was reported that a young couple had been arrested for a video-recorded marriage proposal that took place in a shopping mall. A spokesperson for the police in Markazi Province told Iranian state media that the couple are charged with “outraging public decency” through a public display of romantic love that is grounded in “degenerate Western culture.”
Such commentary reflects an ongoing effort by government and law enforcement to reassert the hardline identity of the Iranian Regime, despite contrary pressures from the young and generally well-educated population. That effort has been evident, for instance, in expanded enforcement of the country’s mandatory hijab laws, and in its prosecution of women who have defied the laws to protest against them.
One of the “Girls of Revolution Street” who removed their hijabs and held them over their heads in public over the past year has been sentenced to 20 years in prison, and last week it was reported that Nasrin Sotoudeh, the renowned human rights lawyer who defended some of those women, had been convicted of colluding against national security.
On Monday, the Iranian Regime News Agency reported that Sotoudeh had been sentenced to seven years in prison, in addition to the five years she had received in absentia prior to her latest arrest. But according to her husband, the true figure is much higher and much more indicative of Tehran’s desperation to stamp out progressive or “pro-Western” trends in Iranian society. Communicating via Facebook despite its ban in Iran, Reza Khandan said that Sotoudeh’s total sentence amounts to 38 years in prison and 148 lashes for “colluding against the system,” “insulting the supreme leader,” and other verdicts that may not yet be known.