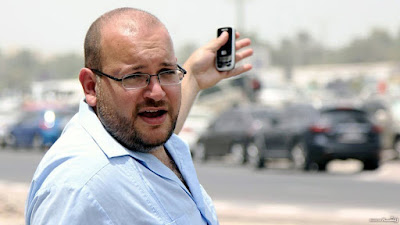 By INU Staff
INU - Shahin Gobadi, the spokesman for the People’s Mojahedin Organization of Iran (PMOI / MEK), the main Iranian opposition, expressed his concern about the situation in Iran which is being exacerbated by apologists abroad.
The Washington Post published an article written by Jason Rezaian on March 24th entitled “John Bolton wants regime change in Iran and so does the cult that paid him”. The article is badly written with numerous errors and deceitful tactics to influence readers. The author suggests, for example, that regime change in Iran will only happen if a foreign war is sparked. This assertation that regime change can only happen with war is ironic. The Iranian regime is the main instigator of the bloody war that is spreading across the region.
Gobadi pointed out that the author omits to present some very telling information such as the recent protests in which the people of Iran took to the streets in more than 140 cities across the country. He forgot to mention that people were chanting “Down with Khamenei”, “Down with dictator” and “Down with Rouhani”. The author made it look like the people do not want regime change. Well, the recent protests were so widespread that it is more than clear the people want regime change so that peace and tranquility can return to the Middle East.
The author seems to think that the people of Iran are the warmongers and Gobadi describes this as “a desperate attempt to assist a regime whose countdown has begun”. Gobadi also points out that the author sounds like the state-run media of Iran which like to claim that the PMOI has little public support. Let’s remember that publicly sympathizing with the opposition is harshly punished. More than 100,000 MEK activists have been killed by the regime, including the 30,000 that died during the course of only a few months in 1988.
While he was living in Iran, Rezaian was linked to the regime, Gobadi pointed out. Furthermore, Iran’s Supreme Leader himself noted that that MEK was the force behind the recent protests and that Iranian President has tried to get the French President to restrict the MEK’s activities. Clearly it does have public support.
With regards to Rezaian’s claim that the MEK presents fake intelligence regarding Iran’s nuclear program, it has already been established that this could not be further from the truth. Gobadi points out that IAEA officials and US authorities have said that if the opposition had not revealed the existence of several nuclear sites in Iran, the world would have been caught unaware.
Gobadi also debunked Rezaian’s statement about Ambassador Bolton and other US officials being paid to speak for the MEK. He simply said: “This is utterly false.”
It is very clear that Rezaian is on a mission to ridicule the MEK for the Iranian regime. In 2011, a number of Tehran apologists and Rezaian himself were signatories on a petition to remove the MEK from the terror list.
The pure fabrications and deceptions in the article are damaging to the Iranian people that are desperate for regime change. They deserve human rights and freedom. And our support.