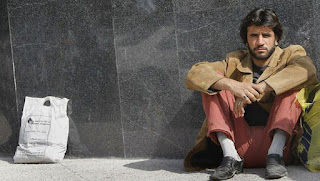 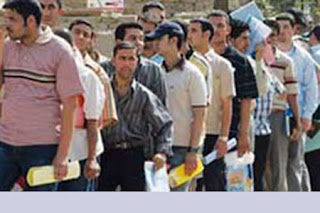 Al Arabiya, 26 April 2018 - Iran is facing a crisis represented in the high percentage of the unemployment among the universities and institutes graduates at 42 percent of the total unemployment.
Dr. Saeed Nemki, Assistant in the Development of Social and Public Affairs in the governmental Management and Planning Organization of Iran, said and he asserted that Iran had allocated a lot of expenses to train and educate these graduates.
“We are facing this situation while educating these people had cost a lot. Thus we should think about a basic solution to this dilemma and eliminate the elite from immigrating (abroad),” he added.
The semi-official ISNA news agency in the Persian language quoted the Iranian official who talked in a seminar on Tuesday, about “The universities role in the national economy” which was held in the “Sharif” University of Technology. He said that one of the reasons for the development deterioration was the deterioration of the universities.
Regarding the acquired skills in the Iranian education system; he said that the graduates should acquire skills that suit the needs of the society, but in the current circumstances, this is not the case, the education level fell below the minimum required.
He revealed the 42 percent of the unemployed, either have bachelor’s degree or even higher, despite allocating major financial resources for their graduation. This is a very important issue in the society. Actually, the society’s expected something different than those graduates. Thus brain drain is one of the worries facing the labor market in the future.
In October, the Iranian Interior Minister Abdolreza Rahmani Fazli admitted that the unemployment percentage in some Iranian cities reached 60 percent, which is an unprecedented figure since the 1979 revolution, according to some Iranian websites.
Iranian news agencies published reports that mentioned the details of the report of the interior minister of Khamenei, indicating that there are about 11 million Iranians are marginalized, 1.5 million are drug addicts, and 600,000 are imprisoned, these are catastrophic numbers for a country that exports more than 4 million and 500 thousand barrels of oil daily.
تهران #قیام_دیماه#اعتصاب #تظاهرات_سراسری #قیام سراسری  #اتحاد #آزادی#ما براندازیم  #آ#ايران