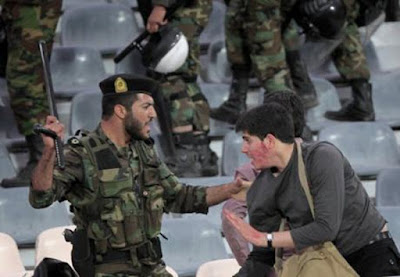 by Poorang Novak
The Iranian regime has been given chance after chance to reform but it has failed to do so on each occasion. Different world leaders have used different strategies – taking a harsh approach, rapprochement, appeasement policies, and so on – but none have been effective.
This is why the people of Iran instigated a major uprising at the end of last year. Their only hope of ever experiencing a free and democratic Iran is through regime change. They are determined.
Many agree that regime change cannot be forced by a foreign government – it is something that needs to come from within the country. This is certainly the case with Iran and, if it was not for the appeasement policies, the regime would have toppled years ago. However, it is essential that the people are supported by the international community.
U.S. Secretary of State Mike Pompeo spoke to an audience of Iranian-Americans about what the Trump administration is doing for Iran. He reassured the audience that the United States “dreams the same dreams for the people of Iran as you do”.
During his “Supporting Iranian Voices” speech, Pompeo said that the U.S. is piling as much financial and diplomatic pressure on Iran as possible because it is absolutely imperative for the regime to be cut off from the funding that it uses to spread terror and destruction.
The time is now because for decades the people of Iran have been waiting and hoping for reformation. They were told time and time again to be patient. Even influential figures in the West promised that the reformist agenda would improve the situation in Iran.
However, they waited and waited and nothing happened. The country is in a mess because of the regime’s mismanagement and corruption. Not only is the economic situation very serious, the environmental situation is critical too.
The so-called reformists have not achieved any of the reforms that they promised. Furthermore, they have played a big role in preserving the corrupt values of the Islamic Republic including the corruption and anti-America rhetoric. It is not just the hard-liners that have created the current political climate, it is all of the officials no matter what they may be labelled as.
The ”moderate” Hassan Rouhani, the current president, promised to resolve the nuclear crisis with the 2015 nuclear agreement that was supposed to bring prosperity to the people of Iran with economic opportunities. The people did not benefit from the deal – instead the regime lined its own pockets and spent billions of dollars on its military activities across the region, namely Syria, Yemen, Iraq, Afghanistan and Lebanon.
History have proven that a totalitarian and absolutist regime will never be able to reform. Iran needs a new political system; one that is based on democracy and secularism. Once Iran has this, the numerous conflicts the current regime is fuelling in the region will fizzle down enough for them to be extinguished and the whole region will be able to move towards times of peace and security.