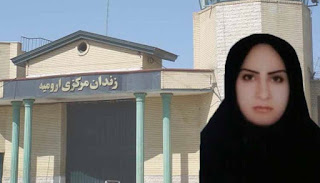 By Staff Writer
Amnesty International has called on Iranian authorities to halt today’s execution of a 24-year-old Iranian Kurdish woman who was sentenced to death at just 17, after a grossly unfair trial that included forced confessions and limited access to a lawyer.
Zeinab Sekaanvand was due to be executed by the Iranian Regime today (Tuesday, October 2) for the murder of her husband, whom she was married to when she was just 15 years old. She was just a child at the time of the crime and during the trial, which Amnesty referred to as “grossly unfair”.
She told the police officers that she had stabbed her husband, but only after months of physical and verbal abuse and he had refused her requests for divorce.
Philip Luther, Amnesty International’s Research and Advocacy Director for the Middle East and North Africa, said: “The Iranian authorities must urgently halt their plans to execute Zeinab Sekaanvand… The authorities must immediately quash Zeinab Sekaanvand’s conviction and grant her a fair retrial without recourse to the death penalty, and in accordance with principles of juvenile justice.”
Sekaanvand had no access to legal representation until her final trial session in October 2014, at which point she retracted the “confessions” she had made and reported that male police officers had tortured her through prolonged beatings for 20 days after her arrest in February 2012.
She told the judge that her husband’s brother, who she said had raped her several times, had committed the murder and that he had said that if she accepted responsibility, he would pardon her, as is his right under Islamic law as the family of the victim.
It made no difference, however, as the court wouldn’t investigate. She was sentenced to death under qesas (“retribution in kind”) after being convicted of the murder, after the court ignored the juvenile sentencing provisions in Iran’s 2013 Islamic Penal Code. The death sentence is banned from being applied to a juvenile offender under both the International Covenant on Civil and Political Rights and the Convention on the Rights of the Child, both of which Iran has ratified.
Sekaanvand, who is currently on death row Urumieh prison, had a pregnancy test performed on her on September 29, which came back negative, so she was subsequently moved to solitary confinement in preparation for her execution on October 1. Her family were told to come and say goodbye on that date.
It may be too late for Sekaanvand, but it is not too late for all of the other people being held on death row in Iran, most of whom have also been subjected to unfair trials.