Iran: Regime Collapse Will Lead the Way to Freedom for the People 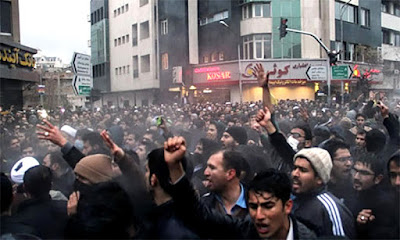 Iran: Regime Collapse Will Lead the Way to Freedom for the People

on 31 October 2018.
By Shahriar Kia
Former MEP Struan Stevenson has disputed claims that the collapse of the Iranian regime will cause more problems that what it would solve.
For almost forty years, the Iranian regime has been suppressing, oppressing and depriving the people of Iran of their human rights, freedom and democracy. The regime is based on these practices and nothing will change that.
Some believe that the Iranian regime needs to be nudged in the right direction in order for change to come to Iran. However, this is completely false. After all, former President Barack Obama gave Iran so many concessions in the belief that it would become more moderate. This never happened. In fact, Obama’s appeasement had the opposite effect – it became emboldened and continued with its anti-America rhetoric.

Some have also said that President Hassan Rouhani is more moderate than the other members of the Iranian regime but moderation does not exist. Not one official can be described as truly moderate and this is quite simply because moderation is not compatible with the regime’s core values and aims.


Referring to claims that the Iranian President is moderate, Stevenson said: “Nothing could be further from the truth. Since Rouhani came to power in August 2013, more than 3,500 people have been executed in Iran, which now holds the record as the world’s leading executioner per capita.” He also pointed out that the people are not calling for the hard-liners to be replaced with moderates – they are calling for regime change.
Thousands upon thousands of protesters have been arrested, many have been tortured, some were gunned down in the streets. All under the so-called “moderate” Rouhani’s government. Women are still not treated as equals and mass executions are carried out on a regular basis. Prisoners are tortures, forced to confess to crimes under duress and are left to languish in miserable conditions.
Human rights organisations have expressed their concern about the state of affairs in Iran. They have called for immediate halts to executions and have called on Iran to adhere to international norms regarding the human rights situation. Amnesty International has brought up numerous issues in its reports over the years, but nothing ever changes for the better.
Stevenson said: “Combined with the mullahs’ own predilection for corruptly lining their own pockets, it is little surprise that the country with the world’s second largest gas reserves and fourth largest crude oil reserves is now facing economic meltdown. Iran, despite its rich, civilised and open culture, has now become an international pariah, its religious fascist regime condemned for human rights abuse and the export of terror, while its 80 million beleaguered citizens, over half of whom are under 30, struggle to feed their families against a background of record temperatures, power outages, water shortages and food prices that have risen by more than 50%.”
Change will only happen when the clerical regime’s rule ends. No amount of appeasement will ever make a difference. A strong policy that is clear and firm is what is needed – not just for the people of Iran but for the other victims of the regime across the region.