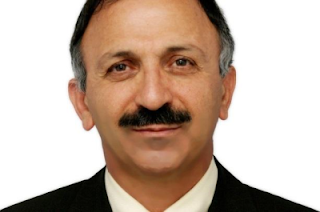 Exclusive by Greg Russell  @MediaNetScotJournalist
EXCLUSIVE
Hassan Nayebagha lined up against Scotland at the 1978 World Cup in Argentina
HASSAN Nayebagha speaks fondly of his time as a club footballer in Iran and in the Iranian national team, when they met Ally MacLeod’s Scotlandside in the 1978 Fifa World Cup in Argentina.
0 comment
“I was playing in Iran and I joined the national team in 1974 and was at the Olympic Games in Montreal in 1976,” he says. “Frank O’Farrell was our manager and he taught us a new way to play football, a collective style and we became very popular.
“I was in the Iranian national youth team at age of 19 and we became Asian Cup nations champions – we won every tournament in Asia.”
Nayebagha made two appearances in the World Cup, playing 90 minutes against the Netherlands and coming on as a substitute against Scotland – a game that ended in a 1-1 draw after defender Andranik Eskandarian scored an own goal.
These days he writes and translates books on social psychology and sociology and is a prominent figure in the People’s Mujahedin of Iran (PMOI), which he joined after friends were executed in Iran.
He spoke to The National at Ashraf 3, the camp in Albania that is home to 2500 Iranian supporters of the PMOI.
“In 1977, I came to England to finish my studies and … the brother of one of the players was arrested by the Shah’s regime,” says Nayebagha.
“He was a doctor in Sussex and a member of the PMOI in Iran – he was tortured for a year. He was a good man, a brilliant scientist, and I was shocked and decided not to continue.
“I finished my studies and in 1978 the Iranian coach asked me to go to the World Cup and come back and complete my studies.
"The mere fact that Iran was one of the world’s top 16 teams and made it to the World Cup was a huge achievement.
"Though we left the tournament winless – we did draw against Scotland – it was a big step forward and a time that I will never forget.
“Just before we left from Tehran Airport it was calm and when we came back there was a revolution, calling for the Shah to stand down. Five months later he was gone.”
Nayebagha continued his studies at UCLA in California, but again they were interrupted by events in his home country.
“In June 1981 the regime started massacring people including some of my colleagues – one was an Iranian Olympic wrestler who was executed.
“I was in a really traumatic situation and couldn’t finish my doctoral thesis. I came to Paris and joined the resistance.”
Now, he says, change in Iran is closer than ever: “I went to the World Cup in June 1978 and in February 1979 the Shah was gone.
“It took 40 years for the Iranian people to know the nature of this regime – it came to power not by Iranian choice. It is a religious dictatorship that belongs to 2000 years ago. It’s not a regime that anyone votes for.
“America has changed its policy and other countries are trying to change theirs – so after 40 years people say it should go – from my experience the time of change is not all that far away. It's more obvious than 1978.


“This time it will be very rapid when the time comes.”